Road bikes are designed aerodynamically to give you speed, and keep you light on your wheels.

Nobody needs this more than a triathlete.

While road bikes and triathlon bikes have their differences, many triathletes require both. One for racing, the other for personal use.

I’ve tracked down the five best road bikes for triathletes, in my opinion:

You can use a regular road bike, like the ones I’ll review later on, for a triathlon. But pay attention to the differences before you do.

The main differences include:

What To Look for in a Road Bike

There are a few things you should look for in a road bicycle that’ll help solidify your choice.

The difficulties of aero handlebars can stay far from your mind. Classic road bikes have drop handlebars, or “drops”, which hang neatly downwards.

Some less typical road bicycles have straight handlebars. Riders who desire a more upright position may prefer these over drops.

Road bikes have ultra-thin wheels. Some may have thicker tires, which I feel would suit someone living in a bumpy area.

As well as that, the typical wheel size may be either:

My top picks for a road bicycle frame are:

Aluminum is the cheapest and lightest, found in budget bicycles as it’s so inexpensive. Carbon fiber is the strongest, still light, but costly. Titanium is the middle-ground between the two, but I don’t see it used often these days.

On the other hand, some road bicycles use steel for its durability—even though it was more popular decades ago. This makes the bicycle heavier—which isn’t typical of road bicycles!

Road bicycles need to keep up with motor vehicles as much as possible. As a result, they’re usually light—my best road bicycles have all been 20 pounds or under. They were always swift, easy to handle and simple to store.

If weight matters less to you, you could go heavier. I wouldn’t recommend much over 30 pounds, though. It’s too far from a classic road bike for my liking. 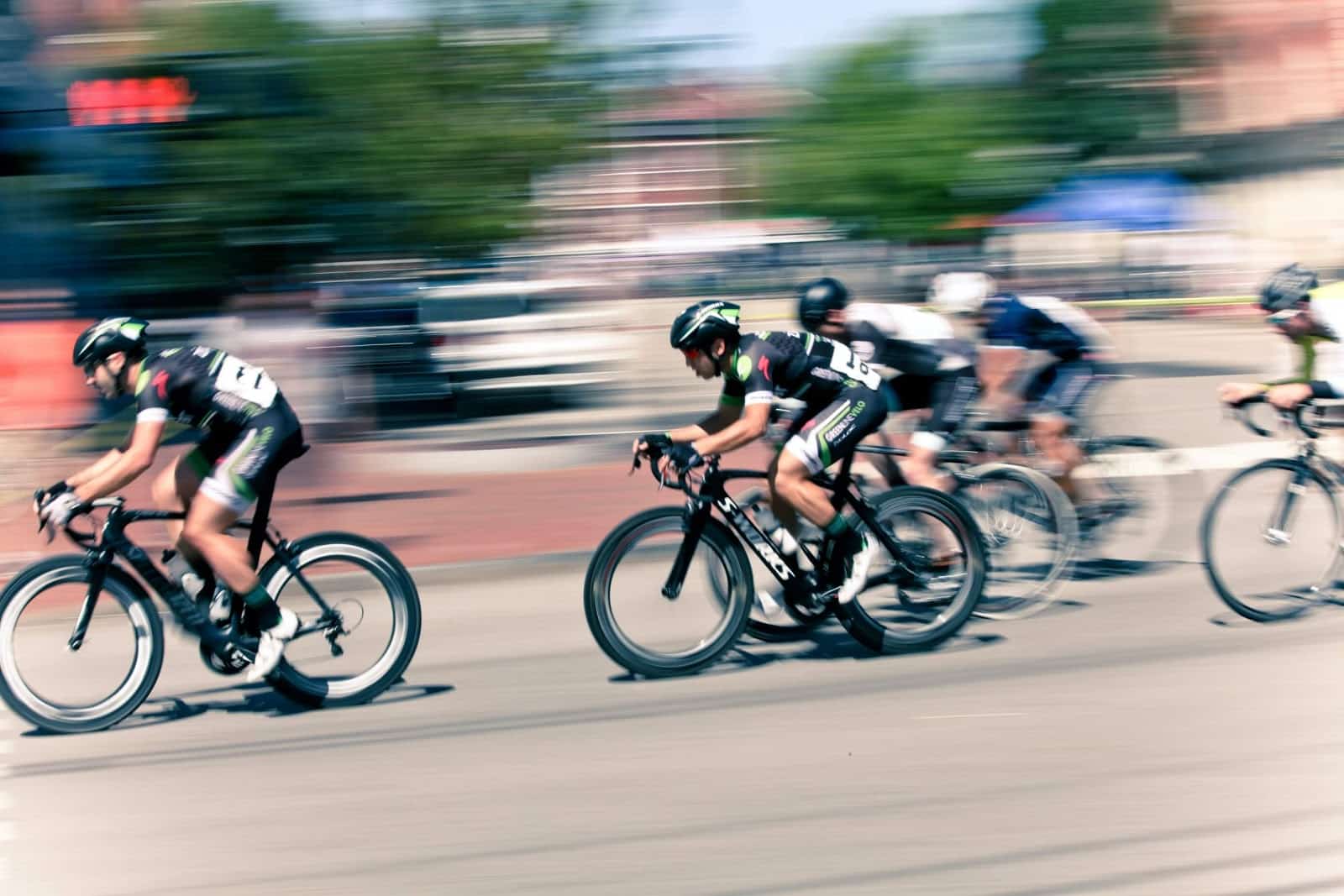 I’ve done my research, and found five excellent road bikes I feel are up to triathletes’ standards. They may not be for racing, but work wonderfully for a triathlete’s commute.

I feel this is the perfect road cycle for a triathlete. It’s high end, well-built and I’d think it was a triathlon bicycle if not for the drop handlebars.

The starkest difference between this 22-speed road runner and a triathlon bike will be the weight. At only 18.3 pounds, it weighs in similarly to an outdoor powertool, like a chainsaw or electric lawnmower. Thus, it’s easy to transport and wholly liftable, but its heft is considerably less than a triathlon bike.

Once you get over this difference, it should be easy to transition to a road bike. The lightweight carbon construction is high-quality, reminiscent of the pro-quality a triathlon cycle holds.

Although, it’s definitely still a road cycle. It’s aerodynamically contoured, around the seat post, seat tube and states. And you’ll find no external cables, further enhancing the clean airflow as you cycle.

The lack of cabling on the outside makes it simpler to handle, too, as there’s nothing sticking out to get in the way. The rigid torsion also provides easy handling. If you combine these features, you have a bicycle fit for someone wanting an easy, relaxing ride. I feel it’s a perfect switch from a triathlon bicycle’s irritating handling features.

One thing missing that triathlons may like in a road bike though, is the standard 29-inch wheel size. Though their slim physics denotes the wheels road-ready, this bicycle sports mountain bicycle sized wheels.

For triathletes wanting to ride with their families, I think this bike could be the right fit.

I wouldn’t call this a bike for kids. In my experience, children prefer a more comfortable, fully upright cycling position. But as kids transition into young teens, onto road bikes, this could be a pick.

This aluminum cycle has sizes ranging from extra small, to extra large. That means this one bicycle will suit heights 4’10–6’6! An excellent array for triathletes and their families of any height.

Another reason I think it’s suitable for families is its aluminum crafting. This is a lightweight material, but not costly. So, it won’t be too pricey to replace the bicycle as young teens rapidly become adult-sized.

It also shouldn't be too heavy for the family—the large size weighs only 21 pounds. This denotes that smaller sizes will be even lighter. Easily handled by young teens, who often carry backpacks ranging from 18–30 pounds anyway!

Lastly, I think the flat handlebars will suit almost any rider. You can lean forward as if they’re drops. But, they also allow for a slightly more upright position than a typical road cycle.

So, once again, it’s excellent for triathletes looking to relax and ride with the family. You could get a matching set!

I feel this is a fantastic road bike for commuting triathletes. Perhaps you train somewhere away from home, and keep your training bike there. Or maybe, you just want to enjoy cycling as a hobby on the way to a day job.

The cycle is a balance between road and triathlon, because it’s not wholly a road bike. Due to the single speed and the straight bar, it’s technically a hybrid bike, but built for the road.

It’s also heavier than a typical road bicycle, but not as heavy as a triathlon cycle. Steel is a heavier material, and forms its construction. So although the exact weight is unspecified, I can speculate. Plus, the package it comes in weighs 35 pounds.

The wheels are further from what you’re used to. Unlike strictly road bicycles, the front wheel is larger than the back. This is great for boosting power and stability over rough terrain—and as we know, potholes can be an issue on roads!

The larger, less aerodynamic front wheel shouldn’t hinder your speed. You’re a triathlete—you know how to gather and maintain speed.

I feel that this is the bicycle to get if you’re looking for a higher end, yet still affordable, road bike.

Taking a break from hybrids for a moment, this is a true road bike, In my opinion, it’s an excellent downgrade for a retired triathlete, wanting something fantastic, but not wow-worthy.

One middling feature is the speed options. There are 14—more than the typical 10 on triathlete bicycles, but fewer than my top pick. For me, it’s plenty, it can tackle a hill, some bumps, and the general road.

The speeds can handle whatever you throw at them—as can the wheels. At 28 inches, they’re close to what you’d expect from a road bike. This is large enough to handle a lot, while they remain thin for aerodynamics purposes.

To sum it up, this is the perfect step down from a triathlon cycle in my mind.

We’re ending with another hybrid cycle made for the road. The only element that reveals its hybrid nature is the straight handlebars, and slightly comfier seat.

This is a lightweight for the material, yet strong bicycle with a steel frame. The frame is durable to handle city riding, where it’s easy to pick up a ding or a scratch or two.

I feel the handlebars are perfect for city riding. On busy streets, you need to be cautious and watch at all times. I find it’s easier to do this from an upright position.

Being single speed, I feel it’s also safer. You never have to worry that you’ll be going too fast, and unable to change gears in time. With this cycle, you always know what you’re getting.

If you’re a triathlete looking for a sensible, higher-end bicycle for city riding, I feel this is the perfect pick for you. 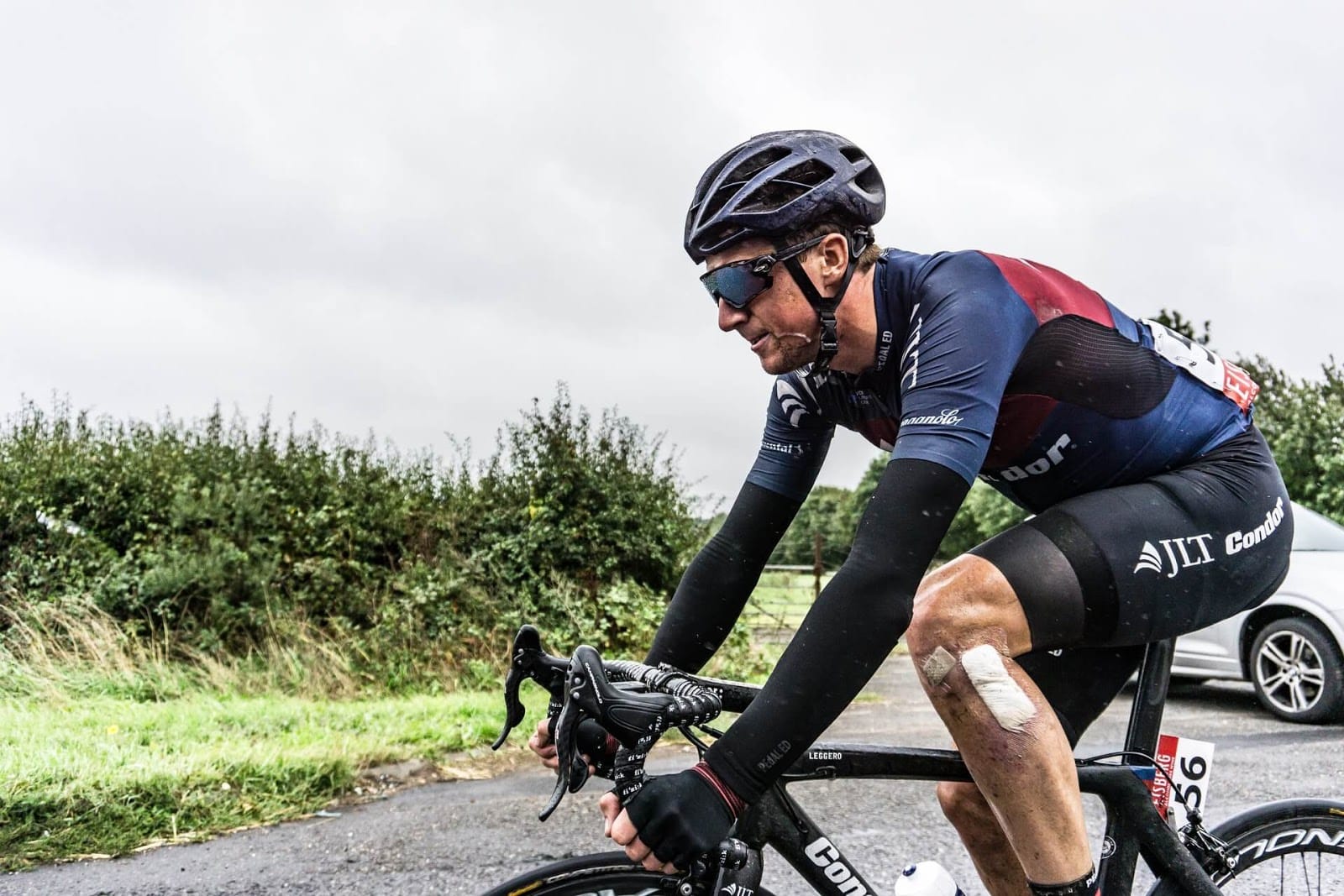 There are five fantastic finds here, that in my opinion fulfill a specific purpose well. But the overall best in my mind is the Savadeck HERD6.0 T800 Road Bike.

It embodies everything a road bike should be, in comparison to a triathlon bike. I find its speed, visual and overall configuration to be splendid. It’s an excellent example of a more casual bicycle for a triathlete—and I think it may even be suitable for triathlons in an emergency. Although, it’s a little light for that.

Cycling for Weight Loss: 10 Easy Tips to Burn Fat on Your Bike 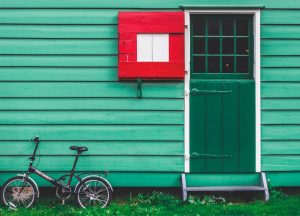 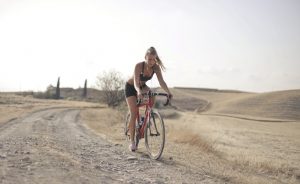 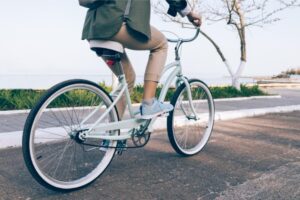 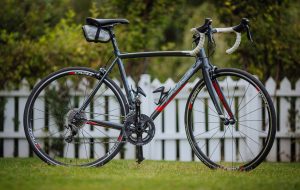 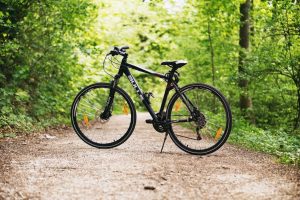